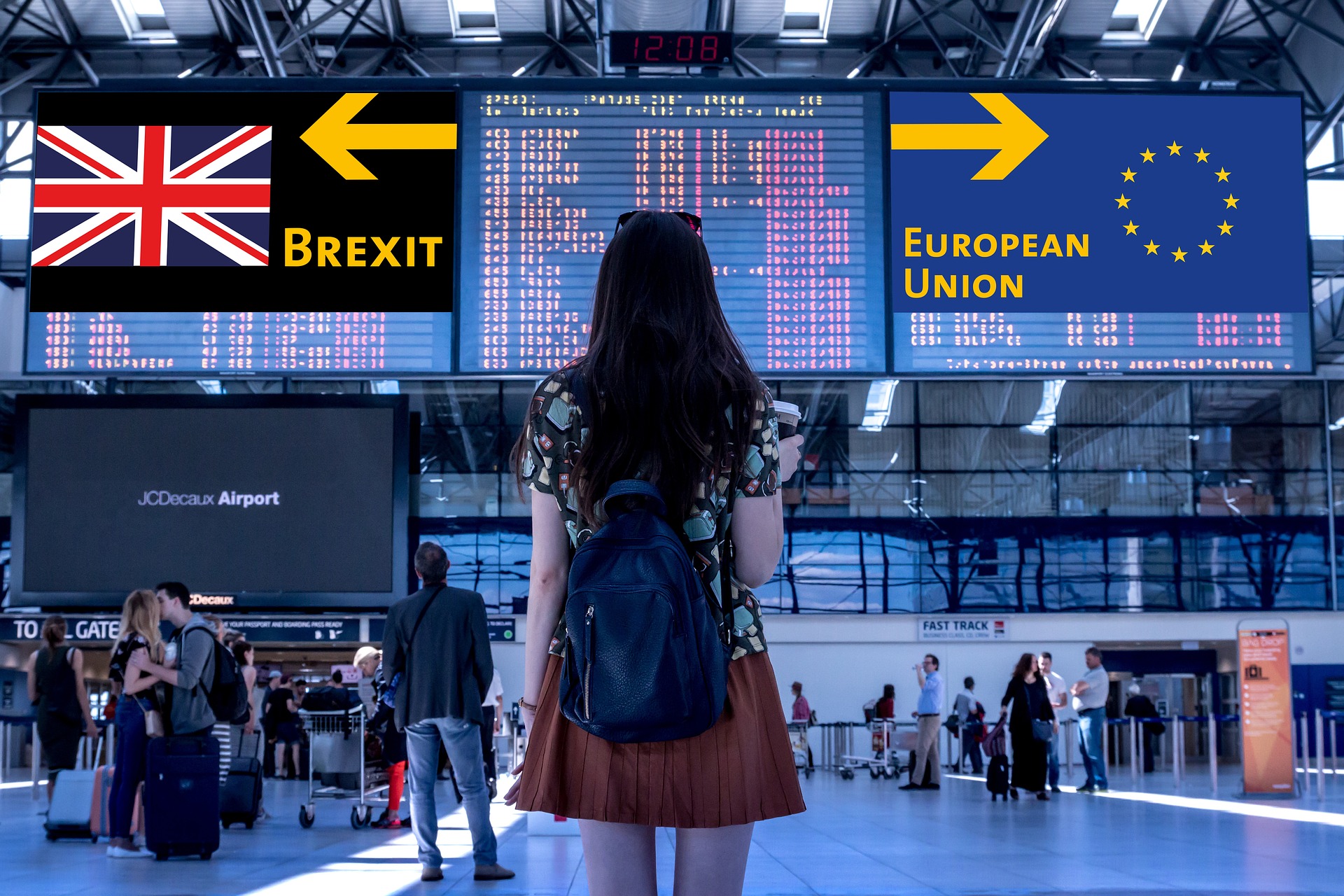 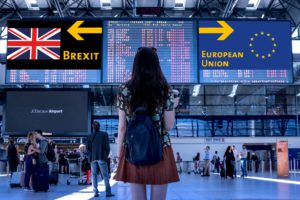 Deutsche Bank’s financial problems are causing headaches for everyone. London’s largest employer laid off more than 5,000 workers this July, adding to the UK’s unemployment rolls. The EU for its part has formed a Capital Markets Union in the hopes of stabilizing the financial and economic environment brought on, in part, by the impact of this bank’s failures to turn things around. Both the UK and the EU have their eyes firmly fixed on Deutsche Bank and their futures are tied into the success or failure of this bank.

Deutsche Bank is bleeding the death of a thousand cuts as 90% of its current income walks out the door to pay past fines and the loss of confidence in its ability to survive is causing people to pull their money out faster than the bank can replace it. Failures to update technology that would prevent the money laundering that caused the fines is one part of their problem, but the majority of it comes from their tarnished reputation.

Garth Ritchie was able to prevent greater losses from occurring under his watch but was unable to provide any new strategies that would have allowed the bank breathing room and time to heal. Christian Sewing is hoping that by lobbing off the equities limb and placing a tourniquet around the bad assets they’ve collected, he can effectively stem the bleed and save the body. It’s a calculated risk that may leave the bank permanently scarred and hobbled, but allow it to rally long enough until it can prop itself back up.

Meanwhile, the clock is ticking on getting a deal negotiated with the EU for Brexit. Leaving without a deal will mean the potential for tariffs and taxes hitting the citizens of the UK, cause problems between North Ireland and Ireland, and even lead to Scotland pulling out of the UK altogether. While the UK had three years to put together a plan, former Prime Minister Theresa May found herself unable to get her council and Parliament working together long enough to negotiate a satisfactory arrangement, leaving Prime Minister Johnson with the unenviable task of making up for lost time.

The EU, for their part, fears that a No Deal Brexit will create a bitter feud with both sides losing out and a return to the Cold War divides that separated Germany from the UK. Deals negotiated under PM May are already being disregarded as PM Johnson seeks to put the UK on better footing. The Irish fear that with Britain no longer following the rules of trade set down by the EU, they will have no choice but to put an end to the free trade between the two countries or risk losing the protection provided by the EU. These fears are not unfounded. They are based on events of recent history.

The UK is leaving the EU for a reason, one that is largely being ignored by those who lead the EU at their own peril. They feel that their interests are not being represented as they had no seat in the leadership councils. They also felt that they were being asked to bear the lion’s share (no pun intended) of the costs for maintaining the EU and then were being subjected to unfair and disadvantageous trade restrictions on top of it. Their leaving of the EU is less about a true desire to dissolve the union and more about a desire to protect their own interests from those who are taking advantage of their generosity. Their feelings, too, are based on recent history.

Britain fears that maintaining the Irish Backstop, which is allowing free trade to flow between a non-EU UK and a EU membership Ireland, will force them to continue following trade rules that do not benefit them and are not in their best interests. They are looking for a third solution, a way to protect their people from being unfairly taken advantage of while at the same time allowing the freedom to engage in trade and travel throughout Europe.

What Is Needed To Solve The Problems

To solve the Irish Backstop issue requires an ambassador, someone who can negotiate terms that are win-win-wins for Ireland, for Britain, and for the EU, someone who is aware of the history and is sensitive to the fears of all parties involved. Ireland is uniquely situated to this task. If Prime Minister Johnson can work with Irish Foreign Minister Simon Coveney, what seems to be a problem impossible to be solved may well be quickly resolved. The EU will save face, the Irish will gain a status that puts them on equal footing with their northern neighbors, and Great Britain will still have a voice to influence EU trade agreements to their benefit.

However, getting Ireland and the EU to agree to this may prove challenging. However, if Britain can promise a solution to the troubles facing Deutsche Bank, the EU may well be tempted to come to the table and work things out.

The Vision and The Value

Prime Minister Johnson came out stating his bold hopes for uniting the UK and “answering at last the plea of the forgotten people and the left behind towns…renewing the ties that bind us” and promising to “close the opportunity gap giving millions of young people the chance to own their own homes and giving businesses the confidence to invest across the UK.”

In this speech, perhaps, lie the keys to helping Deutche Bank out of its problems and allaying the fears of those who worry about a financial collapse in the face of a No Deal Brexit, truly help the forgotten people and left behind towns by closing the opportunity gaps, and give businesses the confidence to invest across the UK. It may also be just the leverage that the UK needs to maneuver past the troublesome issue of the Irish Backstop.

What is needed to close the opportunity gaps is not opportunities. The UK isn’t lacking for those. What is lacking is the ability to take advantage of the opportunities that already exist. Many believe the only place to gain those abilities is in the halls of colleges or with an employer. That simply is not the case. What it is lacking are properly trained opportunity prospectors, people who can recognize and properly evaluate the potential of the solution to a problem, and the investors who can put money into developing those solutions into profitable products or services.

Every problem that a person has faced in their past and which they have learned to solve is itself an opportunity to profit. Those solutions can be packaged and sold to people who are struggling with that same problem today. The greater and more painful the problem, the greater the opportunity for profit.

Deutsche Bank can solve the investment problem. Investing in entrepreneurs who are being managed by experienced and properly trained opportunity prospectors can give a 10% return on investment for the period it takes to repay the initial investment and then 1% in perpetuity.

This would position Deutsche Bank to capitalize on the EU’s interest in developing Capital Markets by focusing its attention on lower risk small, medium, and existing businesses who form the backbone of financial success. Great Britain becomes both a test market and a partner in rolling out powerful programs to create avenues for financial gain in areas that most need it.

Rather than focusing on fixing and flipping real estate, the program would focus on fixing and flipping human beings, helping those who are in poverty or who are low wage earners find a path to prosperity without placing an undue strain on government resources or increasing taxes. The communities in which those individuals live benefit from an increase in tax payers and a decrease in those who are requiring help, allowing them to invest tax dollars on infrastructure to support those businesses and the community at large.

Boris Johnson could, with this plan, deliver on his promises to be able to afford the money required for full fibre broadband, higher productivity and new road and rail infrastructure, and to head the pleas of forgotten people and left behind towns. Such a program would ensure that no town was left behind and no person was forgotten.

The partnership between the UK and Deutsche Bank, with Ireland as the ambassador, could become a cornerstone of the negotiations between the UK and the EU. This may be an opportunity for all to come to the table and work together toward turning their greatest problems into their biggest and best opportunities for creating a profitable future for all. 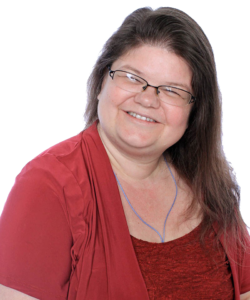 Globally recognized author, entrepreneur, writing coach, and business leadership strategist Brandy M. Miller is the founder of the Writing Problems Into Profits movement where she helps aspiring authors claim their power as thought leaders and innovators while building successful businesses, as well as the Turning Problems Into Profits campaign where she helps low-income earners find and monetize the unique value they have to offer the world and connects them to wealthy investors looking to gain both financial and emotional ROI by using their money to transform lives, empower families, and liberate communities trapped by economic hardships using free enterprise principles.

Her signature program, Magnetic Leadership Training, helps organizations and individuals whose profitability and productivity is being negatively impacted by infighting and departmental divisions to use their common problems as tools to build bridges that turn adversaries into allies, end the infighting, and restore both productivity and profitability so leaders can stress less, get more done, and make a bigger impact.